WikiLeaks Proves the Alcohol Industry Is Working Against Marijuana

Legal Weed Can Still Get You Fired 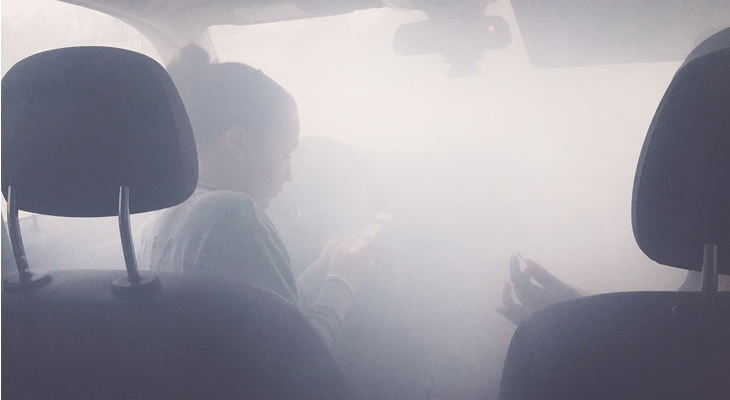 It’s hard to swallow, but not hard to believe.

It’s no secret that the alcohol industry is one of the sleaziest opponents to the legalization of marijuana, but the latest WikiLeaks exposure of the Democratic National Committee’s email transmissions, which showed the party’s conspiracy to prevent Senator Bernie Sanders from becoming the Democratic presidential nominee, also revealed that Big Booze is scratching the backs of Congress in an effort to apply pressure to the issue of stoned driving.

A recent dig into the DNC’s leaked emails by Tom Angell, chairman of the national cannabis reform organization Marijuana Majority, discovered that the alcohol industry has been pouring marketing dollars into a campaign aimed at getting federal lawmakers to support legislation designed to combat drugged driving.

The scheme was revealed in a May 2016 issue of POLITICO Huddle, a newsletter for industry insiders, where a paid advertisement from the folks at Wine & Spirits Wholesalers of America, a national trade organization charged with protecting the interests of the wine and spirits industry, shows the organization is extremely interested in persuading Congress to put a leash on legal marijuana.

As Angell points out in his analysis, the message is not quite as sneaky as the DNC’s railroading of Bernie Sanders, but it does provide evidence that the alcohol trade feels threatened enough by the progress of marijuana legalization to sink money into fighting it every step of the way—this despite reports suggesting that many loyal drinkers will not likely substitute booze for marijuana when it becomes legal at the national level.

What is most interesting about the WSWA is that the group, which considers marijuana a “key issue,” has dedicated a significant amount of noise to the herb on its website. The organization, while claiming not to have a position on marijuana, is undoubtedly concerned about how legalization could impact the alcohol trade. In fact, the WSWA even ran an hour-long panel last year during its 72nd annual convention and exposition called “Everything You Need to Know About Marijuana,” which was intended to provide attendees with information on “how marijuana legalization could impact another socially sensitive product: beverage alcohol.”

The WSMA’s advertisement in the POLITICO Huddle is meant to get Congressional figures to side with a portion of the Fixing America's Surface Transportation (FAST) Act, which would require the Department of Transportation to research cannabis impairment testing methods, in addition to ways to “differentiate the cause of a driving impairment between alcohol and marijuana,” according to Angell’s report.

And while it is true there needs to be an effective tool on the streets for accurately determining marijuana impairment, it does not settle well in the guts of cannabis advocates that an organization “dedicated to advancing the interests and independence of wholesalers, distributors and brokers of wine and spirits” is on the front line of the debate.

“Given that driving under the influence of marijuana is already illegal and that the existing research shows marijuana’s effect on driving ability is significantly less than alcohol, it is difficult to see a legitimate reason for the alcohol industry to be taking up this issue,” Morgan Fox of the Marijuana Policy Project told Marijuana.com. “They would do better to fund research on how to decrease drunk driving.”