Legal Weed Can Still Get You Fired

WikiLeaks Proves the Alcohol Industry Is Working Against Marijuana 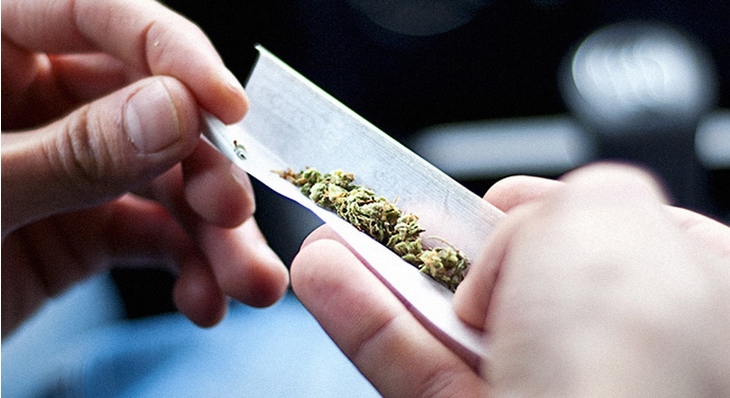 Even with a prescription from a doctor, your boss is the one who makes the final decision.

​It might be legal to light up a joint whenever you feel fit in Alaska, Colorado, Oregon, Washington state and D.C., and a doctor might write you a prescription allowing you to do the same in 21 other states.

But you can still get canned for it. Employers in the U.S. generally have broad latitude to deal with suspected employee drug use, including weed, as they see fit.

The entire nationwide legalization movement fundamentally depends upon the inaction of the president, Congress and federal agencies, since marijuana remains a prohibited substance on the federal level. Though the Obama administration has chosen not to intervene in states which have stopped enforcing prohibition, using marijuana in those states is still technically an illegal activity under the federal labor laws which control most workplace policies, allowing the employer to deal with the matter as they see fit.

Since the D.E.A. considers marijuana a Schedule I substance with no accepted medical value under the Controlled Substances Act, in most states employers can still terminate workers who have been prescribed weed by a doctor. For example, a Colorado Supreme Court ruled in June 2015 employers could still fire medical marijuana users in a case involving a quadriplegic Dish Network worker.

Only eight states protected such patients' rights as of that time, reported VICE, with Arizona, Delaware, and Minnesota offering the strongest laws shielding sick people smoking weed from retaliation by employers.

"Employers do hold all the cards," Marijuana Business Association CEO David Rheins told NBC. "You’re not guaranteed a job. If not using marijuana is in the contract, or in the terms of the job, you can get fired."

A survey conducted in late 2015 polled 623 human resources managers in states with legal weed and found more than half had or were implementing policies designed to crack down on employment of cannabis users, according to Bloomberg. An astonishing 38% would reject even medical excuses, and 39% of the respondents in states where recreational weed is legal still singled out ganja in their policies.

Despite a lack of evidence, drug testing in general accomplishes much of its stated objectives like increasing productivity, it is widespread enough that the New York Times wrote earlier this year a growing number of employers are finding it difficult to place candidates for some jobs. In many cases, workers simply don't show up for the scheduled tests.

Reasons for the tests' persistence, however, include rhetoric about productivity, cheaper insurance and legal requirements mandating some categories of workers pass drug screen, but also simply whether management wants to project a wholesome image.

"Marijuana is still viewed by the employers I interface with as a drug that they don't want to tolerate," Illinois Chamber of Commerce committee chair Jeffrey Risch told the Chicago Tribune. "Every one of them will say passionately, sincerely, that they owe an obligation to their workers ... to maintain a healthy work environment free from the effect or use of drugs."

But the same study featured in Bloomberg found drug testing rates had fallen from 55% of employers in 2011 to less than 50% that year.

"I'm finding out that it is starting to become a non-issue for most employers," Joe, a facilities manager in Colorado, told MERRY JANE. "I know that we had at least two employees that tested positive for ganja when we hired them. I think everyone out here is more concerned with the 'hard stuff' now."

"It's almost become like cigarettes here," he added. "Like, 'we know you do it, we don't like it, but we aren't going to do anything about it.'"

Even in an era where employers' attitudes may change, the actual marijuana industry itself is still rejecting people who were caught by the police when weed was illegal.

Working at grow operations, dispensaries and other marijuana businesses is often off-limits to people with prior weed convictions, says THC Staffing founder Shaleen Title. Many states prohibit them from employment at, ownership of, or even investing in the weed sector.

"Depending on the state, even a misdemeanor can prohibit an entrepreneur from applying for a retail license," Title wrote in an email to MERRY JANE. "This deprives formerly incarcerated people re-entering their communities of yet another opportunity to become productive members of society, develop economic independence, and participate in a legal, thriving, emerging industry ... Legalizing marijuana alone is not enough if the industry only provides access to those with the privilege to have avoided the consequences of marijuana prohibition."

Beyond seizing your livelihood, the government can screw with legal weed users in a great variety of other ways, including by kicking people out of federally funded housing, denying workers unemployment benefits and federal raids on medical marijuana operations.

It's pretty screwed up, given that polling has demonstrated nearly two-thirds of Americans think firing employees for toking up in states where it's legal is "unacceptable."