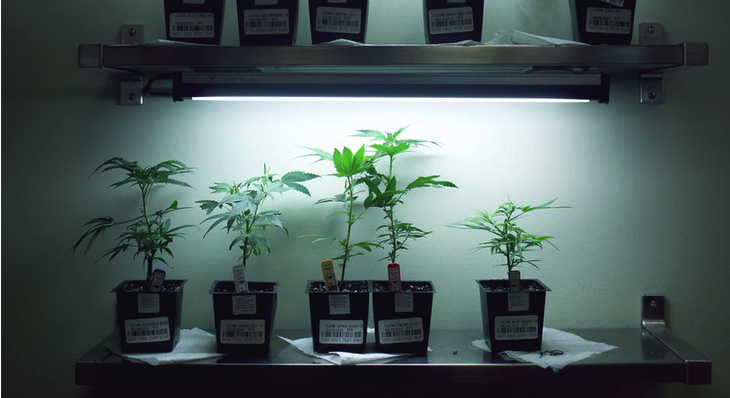 There's a reason why people are still buying weed from their drug dealer and not their local dispensary.

Denver holds the distinction of being one of a handful of cities to offer legal marijuana at a price point that rivals that of black market merchants.

Spokane, Washington, Aurora, Colorado, and Mesa, Arizona join the mile high city as the destination for legal cannabis that is cheaper than the more traditional friend-to-friend transactions that the majority of us are use to.

That’s according to analysis by Perfect Price, a company that offers price optimization software revealed. The San-Francisco based company analyzed data from six states and 66 large cities that allow the legal sale of marijuana.

The firm discovered nearly 80% of the surveyed cities have price gaps that can make the cost of legally purchasing weed anywhere from 10% higher to as much as 73% higher than street value (shame on you Medford, Oregon).

If you ask any regular smoker if they would be willing to pay more for legal weed, I guarantee that 100% of them would say YES; because, with legalization comes serious benefits like immunity from prosecution, convenience, safer purchasing environments, and a greater variety of product.

From a local government perspective, the taxes associated with legal weed provide a significant source of revenue; law enforcement resources could be better utilized (for example: preventing and/or solving REAL CRIMES), and violent crimes would more than likely decrease on aggregate.

When examined through a policy-focused lens—legalizing marijuana makes sense; however, since the Federal Government has adopted a sort of laissez-faire approach to national legalization, individual states have been allowed to approach the issue in any manner that they see fit.

California, for example, has some of the country’s most well regulated (albeit conflicting) medical marijuana policies—whereas states like Colorado and Alaska have fully embraced legalization.

With so many states adopting their own legal policies, the United States has been blanketed with a patch quilt of marijuana laws—which has resulted in a number of negative externalities, including: legal battles between states, a quasi-legal industry with no real oversight, higher prices for consumers, and the proliferation of an already thriving black market.

In an unprecedented lawsuit, Nebraska and Oklahoma joined together to challenge the legality of Colorado’s decision to end cannabis prohibition in its state. Their argument:

The State of Colorado authorizes, oversees, protects and profits from a sprawling $100-million-per-month marijuana growing, processing and retailing organization that exported thousands of pounds of marijuana to some 36 states in 2014. If this entity were based south of our border, the federal government would prosecute it as a drug cartel.

The two states also attribute Colorado’s liberal laws to an increase in marijuana flowing across their respective borders, which in turn burdens local law enforcement.

Is It Legal or Not?

Though it is legal to sell and purchase marijuana in about a half dozen or so states, cannabis centric companies are still being treated like criminals. Because marijuana is still considered a Schedule I substance (though the DEA is considering its reclassification), and since there is no clear federal guidelines—banks are refusing these companies service for fear of future prosecution.

This has resulted in an industry that is generating hundreds of millions of dollars a month, with no place to put their cash.

“A lack of access to banking services is, quite frankly, the single most dangerous thing about the legal sale of marijuana for medical or social use,” said Betty Aldworth, Deputy Director of the National Cannabis Industry Association in a recent interview.

The legal marijuana industry is poised to become one of the fastest growing industries in the United States. In fact, according to The ArcView Group, a cannabis research and investment firm, the CAGR (compound annual growth rate) for legal marijuana could average 30% for the next four years. This would value the legal market at more than $22 billion. Others have it as high as $35 billion.

Like all growing industries, regulation (which breads stability) and access to capital are integral. But with no substantive federal law, investors might become increasingly more ambivalent about investing in cannabis’s future. Without access to adequate investment capital, the financial overhead might dissuade would-be ganjapreneurs from entering into the space; and without new entrants into the market, competition will remain low, and the price of legal marijuana will remain higher than most smokers want to pay.

The Weed is Too Damn High

In 2015, Forbes conducted a survey to determine which states had the cheapest prices for marijuana. Their results showed that an ounce of bud ranged in price from $204 to $387. In a not so surprising finding: the states that decriminalized weed had the lowest prices; ironically though, Oregon, on average, had the cheapest prices in the country; however, due to a lack of true government oversight, if you live in Medford: an ounce can cost you as much as $352. Nevertheless, if you know the weed man, you can get an ounce for as cheap as $191.

With such unclear laws and inconsistent pricing, it’s no wonder why so many people continue to purchase their weed from their local neighborhood drug dealer—despite living in states that make it possible to get high on the up-and-up.

The black market will never be completely brought into the light, but there are things that can be done to significantly reduce its influence, and it all starts with national legalization. States like Oregon, Colorado, and even DC, have written the blueprint for how to operate a well regulated and thriving legal cannabis market—and now it’s time for the U.S. government to take note.