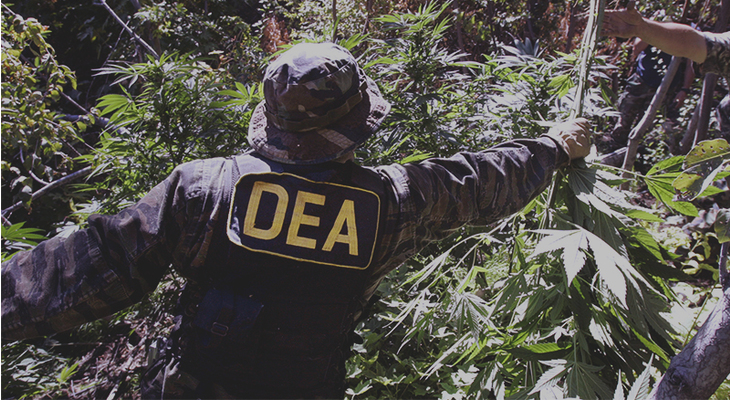 Will the DEA finally reclassify cannabis to a “Schedule Two” drug this year? Don’t hold your breath…

Earlier this year, marijuana advocates across the country got aboard the hype train after the weekly newspaper Santa Monica Observer announced that the U.S Drug Enforcement Agency would be reclassifying marijuana as a “Schedule Two” drug, which would effectively legalize medicinal use on a federal level. This announcement was reportedly supposed to be made on August 1, but lo and behold, we are a few days into the big month and the DEA has not made a peep.

The information has reportedly came from an anonymous DEA lawyer, who told the news publication that the government agency planned to legalize medicinal use of cannabis nationwide on the aforementioned date. About a month later, that same anonymous DEA lawyer claimed that they were working out the details before the DEA went public with the news. Although no official date has been proposed as of yet, there are a few telling signs that point to reclassification coming soon.

In an interview with DEA staff coordinator Russ Baer, aNewDomain discovered that the process of rescheduling has been held up by the complexity of the plant, which has hundreds of chemical actors and compounds. There is a hint of irony in his excuse, as cannabis is near-impossible to study on a federal level as long as it remains a “Schedule One” substance. Additionally, Baer claimed that “We aren’t holding ourselves to any artificial timeframe.”

Although the DEA admittedly wants to remove the roadblock that is halting cannabis research, they also want to know more about cannabis before they do so, an interesting conundrum if I’ve ever heard one. “Safe medical cannabis use requires rigorous peer-reviewed studies,” Baer said to aNewDomain. “That’s true whether it’s for PTSD (patients) smoking cannabis or children with epileptic conditions … we support all (studies), but what we don’t support are decisions made on anecdotal evidence.”

Even when the DEA finally decided to reschedule marijuana, the door could just be certain extracted compounds like CBD and other oils, as they’ve claimed to want to “identify the parts of the plant that might have benefit, and separating out (the beneficial) parts from the ones that aren’t beneficial or harmful.”

So, it seems that the buzzing article from the Santa Monica Observer and their anonymous ‘DEA lawyer’ may either be false or a bit misleading, as it seems there is no immediate rush for the DEA to make their decision. That’s not to say that the DEA won’t reclassify cannabis in the near future, as mounting pressure from the US Congress is all but forcing them to make a decision.

But, for those looking forward to reclassification sometime this month, I wouldn’t personally bet on it. Although all signs are pointing in a positive direction, and a decision could truly be made from the DEA any day now, it’s evident that there is a lot of misinformation and backtracking running amuck. Until a more credible source arises or official announcement is made, those of us in certain states should probably keep our proud toking under wraps. At least for now, as on the federal level, marijuana still remains on the same ‘dangerous’ scheduling level as heroin and crack-cocaine.